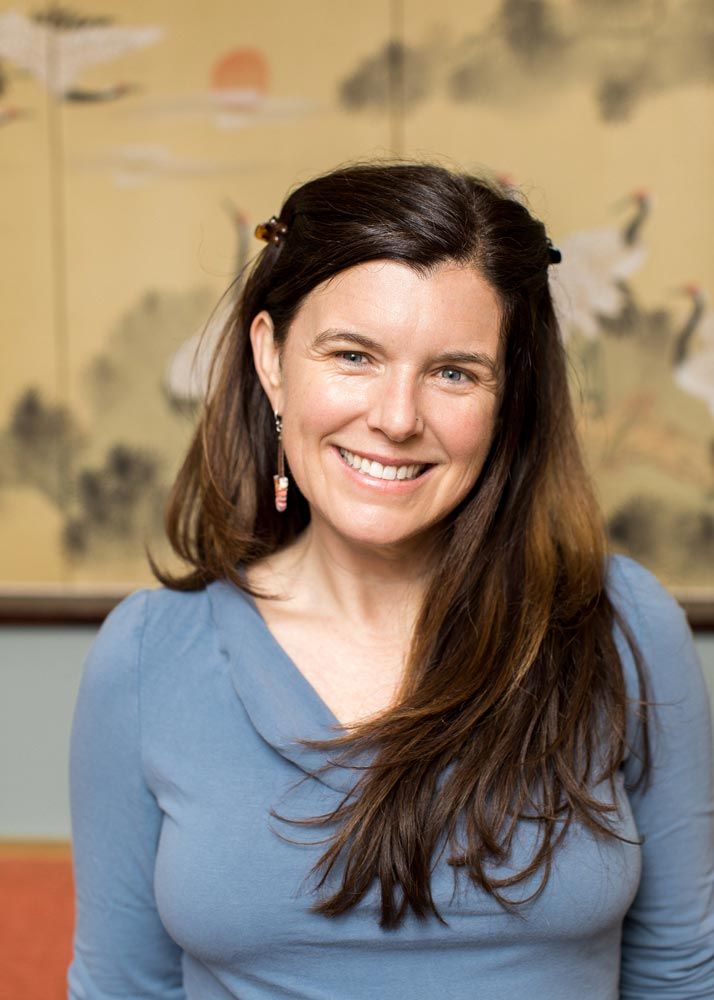 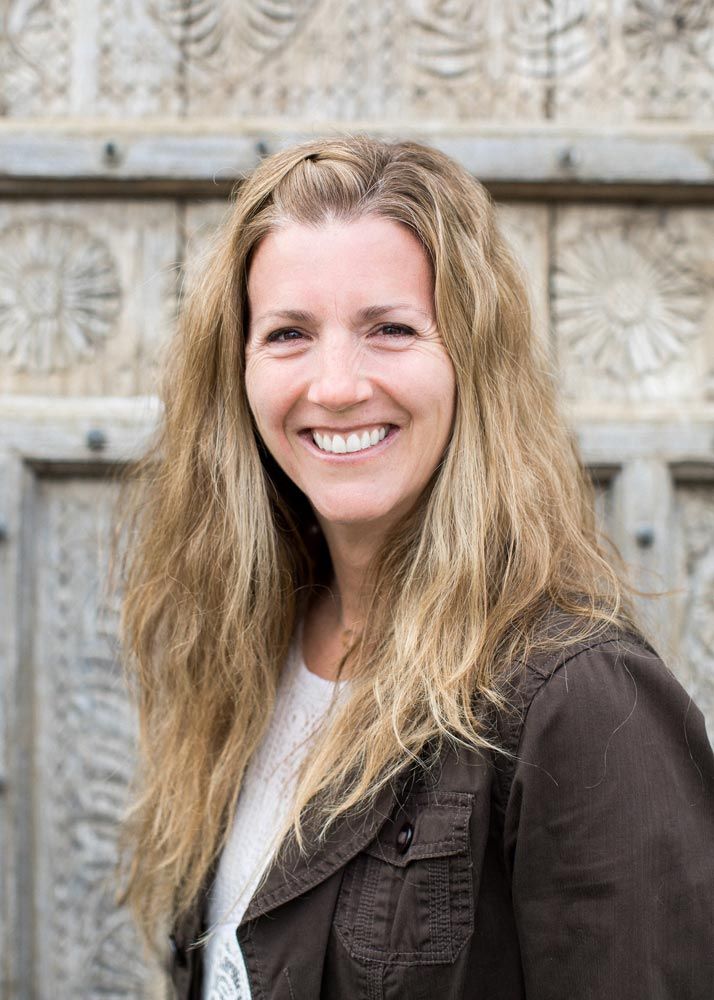 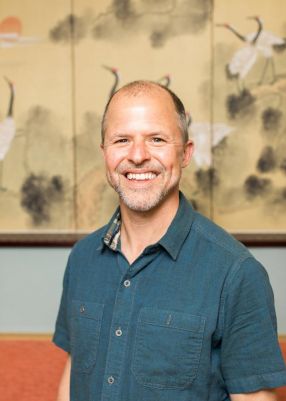 Clark believes that good health is more than just avoiding illness. To him healthy living means to feel a sense of vitality, happiness and inner peace. He has been a student of meditation and taoist philosophy for over 20 years, and brings these ideas of balance to his clinical practice. Clark has been involved in health care since 1998. He has treated thousands of patients with physical ailments such as pain, headaches and digestive issues, but also helps people integrate stress and trauma.

Clark was born in Indianapolis, Indiana. His family is greatly involved in the practice of western medicine and this influenced Clark to develop a curiosity about health care from an early age. At 12 years old, he began studying martial arts which introduced him to the concepts of meditation and eastern philosophy. After graduating from Miami University in Oxford, Ohio with a BA in English literature, and a minor in zoology, Clark moved to Portland, Oregon and began working in a health food store. This heightened his interest in healthy living and impressed upon him the importance of diet in the treatment and prevention of disease.

A clown at heart, Clark has been juggling since his dad taught him at age 6. He also has been involved in performing arts since his youth, acting in many plays. While living in Portland he worked part time as a free-lance clown and entertainer, using juggling, balloon artwork and music to spread joy and silliness to thousands of people. Clark believes that joy and laughter are truly medicinal and he brings these qualities into his healing practice.

Clark graduated from the Oregon School of Massage in 1998, and then from the Oregon College of Oriental Medicine in 2004, which is consistently considered to be among the top Chinese medical schools in the nation. He then married his grad school sweetheart and set out for Asia for a 6 month honeymoon and period of advanced study. He and his wife Ann moved to Talent, Oregon in 2005 and started Middleway Medicine. He is very content living in a smaller community where people work together to make the world a more enjoyable and peaceful place.

Though he studies and practices Chinese medicine, he still has a strong respect for western medicine, and believes that the best healthcare involves using the best that eastern and western medicine have to offer. He is a licensed acupuncturist and is a nationally certified herbalist, as well as a qi gong instructor and a teacher in the SOU olli program. He specializes in treating headaches and digestive disorders, as well as all types of pain. He enjoys juggling, playing music, meditation, yoga, gardening and an endless number of outdoor activities. 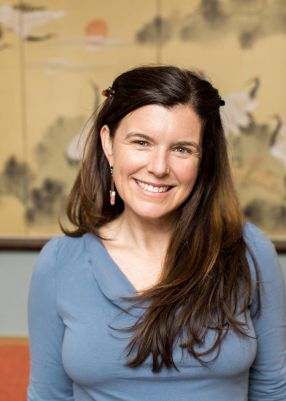 I have been practicing Chinese medicine in Talent, Oregon for 16 years. In 2005, my husband and I founded our clinic, Middleway Medicine. My gift as a healer is being a fully present listener who skillfully uses the tools of Chinese medicine, personal experience, and intuition. I enjoy working with acute and chronic conditions and I  love helping patients manage their health as it changes with age. My clinical passion and expertise is working with fertility, pregnancy, and personal growth.

Working at Middleway feels like a tremendous opportunity to share this effective system of medicine with the community. Sometimes all we need is a little nudge to get ourselves moving in the direction we know will bring out our best self.  I am constantly amazed at the capacity we each have to grow and change with what life gives us. Outside of the clinic, I love meditating, gardening, hiking and spending time with friends and family.

It is my honor to serve you.

I was drawn to Chinese medicine by its potential for healing a person on all levels—physical, emotional, mental, and spiritual.  I wanted to know: Why doesn’t my body heal and rejuvenate itself like it did when I was younger?  Are there emotional imbalances or traumatic memories holding me back?  I realize now that I spent a lot of my life in a state of depression—or trying to avoid it.  Chinese medicine has helped me understand what aspects of myself I was suppressing and given me a pathway of integration.  It is my passion to uncover the mysteries of this connection and help others to understand them too.

In the West, we’re only just beginning to look at the effects our mental and emotional states have on our bodies, but the ancient Chinese classics recognized the connection long ago.  I use the tools of muscle testing, pulse diagnosis, and acupuncture to uncover places in your life that may be holding you back.

Specifically, my clinical area of interest is working with people suffering from autoimmune and hormonal disorders.  These our conditions where we feel a loss of control—where we feel that our bodies have betrayed us—and where there’s often unacknowledged or painful emotional aspects.  Physical interventions like medications and restrictive diets may only be keeping things under wraps—my goal is to release the emotional blocks to healing so the body feels safe enough to allow true healing to occur.

I was born in San Francisco and grew up in suburban Redwood City.  After getting my undergraduate degree at UC Berkeley, I studied Chinese medicine at the Acupuncture and Integrative Medicine College in Berkeley.  I moved up to the Rogue Valley in 2016 with my wife Rhiannon and our son Ragi.  Thanks for your interest in my practice and I hope to have the opportunity to work with you. 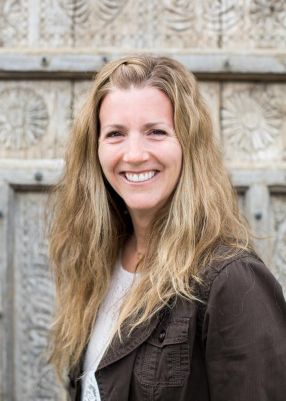 Despite growing up in a medically-minded family, the use of natural medicine and it’s philosophies came much later in Jen’s life.  After fracturing a vertebra in her spine at the age of 15, she was left with severe pain and a limp that plagued her daily life.  She spent years seeking care from medical doctors only to be disappointed with the results and continued pain.  Jen finally got relief after receiving spinal adjustments from a chiropractor she worked for in Hawaii.  There, she was educated on many different “alternative” lifestyle concepts, from eating organic whole foods to the benefits of natural childbirth.  By interacting with colleagues in the chiropractic and naturopathic arena, Jen started to revamp her thought process and how she approached her life.

After being turned onto natural healthcare, Jen’s interests turned from her BA in History from the University of Washington toward continuing her education in the healing arts.  She went on to study and become licensed in massage therapy (LMT) at the Hawaii College of Health Sciences.   During this time she met and married her partner of 5 years (a hunky drummer/surfer boy from Oahu).  Soon after massage school, she began her family which quickly trumped being an LMT.  Jen and her husband were blessed to have had home water births for both of their children. Their daughter was born in Oregon and their son in upstate New York, where they lived for 10 years before returning west in the fall of 2015.

Having moved around much of her life, living in 8 different states and in England as an exchange student, Jen developed a passion for travel and good food.  She has also seen many parts of Europe and Russia.  She looks forward to future adventures in Central and South America, New Zealand and Australia and maybe even tagging along on a surf trip to Fiji.  In her free time, Jen likes hiking, camping, and exploring the coast with her family.  Her kids are amazing athletes and she is their biggest cheerleader at their soccer games.  She enjoys baking and sharing the goods with family and friends. She loves watching movies and is a HUGE Seahawks fan!  Jen, is very excited to be closer to family, the Pacific Ocean, and to have the opportunity to work in an acupuncture clinic that is dedicated to bringing health and healing to the Rogue Valley.  If you would like to learn more about our “Office Goddess”, call or drop by to schedule an appointment.

“We have referred many patients to Middleway Medicine and have seen many positive results, particularily for patients dealing with chronic and acute pain. Ann and Clark Zimmerman are friendly, caring and knowledgeable practitioners who have treated us with the utmost care, concern and professionalism!”