My father lived on a lake.  Before he built his house near the lake shore, the wooded lot was a favorite picnic and party spot for trespassing revelers.  It had a nice little beach for swimming and its location offered good views of the lake.  There was an giant old beech tree that watched over the place.  It’s smooth bark was covered by the scars of lovers initials, and pronouncements of past visitors.  As is typically the case, one set of carvings beckoned others to follow, and so the majestic old tree was marred by remnants of lovers’ promises.  There was something so sad to me about this beautiful old tree that people chose to cut so deeply.  Though the lovers had come and gone, their markings remained.  In a way this is how many of us relate to the past.  We carve something into a moment and try to keep it from changing.  Though the goal is to have a touch stone to a moment of connection and love, the scars that we create from attachment can haunt us and hinder growth.  How do we honor a moment without holding onto it too tightly?  How do accept the past without having it define us?  I never carved anything into a tree.   I thought that it was somehow an expression of vanity; an insistence that life become stuck in a time that best suited me.  But time doesn’t work that way.  It saunters, it marches, it moves.  We are meant to move with it.  The moment is always right where we are, not where we were or where we hope to be tomorrow.

When I moved out west I discovered a whole new world in the forests.  I fell in love with madrone trees upon my first encounter.  Their red berries; their strange habit of losing leaves in the summer and holding onto them through the winter; their changing colors, like the skin of a chameleon.  But it is their smooth bark that really captivates me:  It seems so sultry and inviting.  It beckons you to slide your hands over their unashamed form.  One of my favorite madrone trees is an old grandmother that lives beside the trail we follow on our morning walk.  She stands next to the irrigation ditch, so she enjoys plenty of water.  That has encouraged her to grow tall and spread her branches.  One day on my walk, my heart sunk when I noticed that someone had carved their initials into the heart of tree.  It was like a cherished friend had been defiled.  I felt angry and sad that someone could take something so beautiful and change it forever.  I thought about what I would say to the person if I ever discovered who had done such a thing.  But as I watched the tree over the next year, I was delighted to notice that this madrone was gently letting go of the initials.  Unlike the beech tree I grew up with, it was healing the insult without scaring.  It wasn’t defining itself by a moment from the past, it wasn’t stuck in the wound.  Rather quickly the bark again became smooth where the initials had been.  I discovered yet another reason to love this magnificent tree.  The madrone doesn’t seem to hold onto the past.  It exists in each new moment, fresh and alive.

Sometimes the past is full of pain and disappointment.  Sometimes the past is full of inflated memories that we try to recapture again and again.  Too much attention to either can hold us back, or taint our current situation.  The carvings of the past can be promises of lasting love, or insults and objections.  Either can linger and hijack the present moment.  So how do we let the past inform us without locking us into one set of beliefs or one defined story? Like a tree we are all influenced by our past.  The light coaxes our branches and leaves toward the open spaces, the water and soil nourish our growth.  The wind breaks off branches, and other trees can block our view of the sky.    The structure of the tree is largely determined by its history of sun and rain, but also by what it has let go of.  If the madrone held onto everything that has touched it, it would be like the damaged beech tree from my childhood.  The carvings of life would fester and ultimately rot.  The madrone integrates the past without being a prisoner to it.  It shakes off the scars of being cut by life,  and continues to grow toward the light. The trick is to let life influence our path, but not entirely determine it.  The trick is to notice the past, to welcome its wisdom, but not be a prisoner to yesterday’s experiences.

When I last visited my father’s home I was saddened to find that the old beech tree had reached its end.  It rot from its middle  where the collection of old initials were concentrated. The cuts apparently were too deep and plentiful:  The tree wasn’t able to move past them.  If it could have learned from its madrone cousin how to let life mark on it without holding onto the messages of the past, perhaps it would still be standing tall today.

Written by MiddlewayMedicine.com on May 20, 2021. Posted in General Health, Mental and Emotional Health, Spirituality, Stress and Fatigue, Zimmerman Articles. 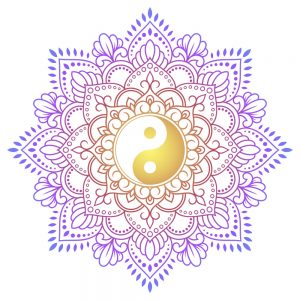 by Ann Zimmerman, LAc.
How we start the day makes a huge impact in how we experience life. My ideal morning starts early, rising at 5:30 to meditate. I wake before the rest of my family to have “me time”. Time to rise slowly from the peace of sleep. Admittedly, I typically wake a little cranky, still wanting more sleep and to remain in the freedom of the night, without the responsibilities I hold by day. I have a 7 year old daughter, 2 dogs (1 of them an energetic puppy), multiple jobs, property to take care of, and all the chores/duties of an adult in American culture. Still I wake early to tend to me and have been for 25 years. My higher self knows that when I tend to my needs at the beginning of the day, I am able to bring my best self into the world. I often compare it to tuning an instrument before playing it. We know that the wisdom traditions around the world recognize the early morning as the most conducive for meditative endeavors. A wise qigong teacher of mine once shared that morning practices are more beneficial than sleep (a hard truth when the alarm goes off). There is a tangible shift in the tendency for martyrdom when personal needs are met before serving others.

After morning meditation, I drink tea while reading or writing, it’s my contemplation time. I use this time to indulge in the books that I do not have the bandwidth for after a long day or to write about my feelings in my journal. Having grown up in a Midwestern family that did not talk about their feelings, I learned early on that my journal was a place to explore my emotions and to uncover the messages they were communicating. This brings me to about 7am when my daughter wakes up. Next is one of my favorite times of the morning….snuggling. Typically she opens her bedroom door and loudly says, Mommy! I grab a blanket, greet her with enthusiasm and we snuggle in our breakfast nook. This is a precious time and fleeting, so I make it a high priority to indulge in the cuteness of holding her and smelling her hair as she mumbles into her awake time. At some point, the morning BM calls and it’s time to get my daughter breakfast. This gives way to my stretching practice and morning exercise. These days I alternate between a home video workout for 20 minutes and jogging with the dogs. Then on to breakfast and the business of the day.  I share my routine as one example of how a morning can go. After 16+ years of listening in the clinic, I am well aware that not everyone is a morning person or seeking such an elaborate routine.

However, I can say with conviction, that the manner in which someone awakes into their day matters. We are all familiar with the groggy wake up, shuffle to the coffee pot, and rush out the door version. This is a very common routine for many people and the thought of deviating from it seems radically impossible. The mere suggestion of creating more time for oneself in the morning is often met with resistance and a long list of reasons why this is absolutely not possible. I have come to challenge this in others. Really, there is no way you can make your life more easeful before your day starts? Sometimes a good place to start is by giving yourself an extra 20 minutes to just sit with your coffee or tea and stare out the window or meander around the garden. If doing morning dishes or chores brings you peace, then do it with ease and consider it your morning routine. One important recommendation is to avoid taking in the news and media until you are ready for the “doing” part of your day. Having the mindfulness before bed to put your phone/device on airplane mode and leaving it off until you consciously are ready to engage with the outside world is a huge relief and an often overlooked CHOICE you have.

This inquiry here is to honestly evaluate how you start your day. Do you start out rushing and in resistance? What can you shift to allow for more ease?  Morning routines are an easy, free, and powerful way to enhance your health and state of wellbeing. I wish this gift for you. 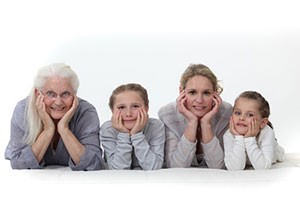 On Thursday, March 11th, Lauri  will be offering an online class outlining the Chinese Medicine applications for gynecological health and well-being.  The presentation will include a number of simple techniques that can be done at home (including acupressure points) as well as lifestyle recommendations. There will also be time for Q&A as well as instruction in some very simple Qigong exercises.

Lauri is the newest practitioner at our clinic and has 16 years of clinical experience.  She is passionate about empowering women with knowledge and self-care tools to aid them in smoothly transitioning through their unique phases of life (menstruation, child bearing, peri-menopause and menopause). The class will take place from 6:30-7:45pm.  The cost is only $5.00 and pre-registration is required. 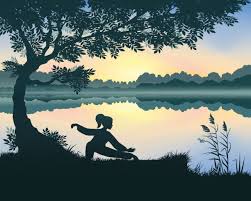 Are you a woman who is looking for a unique way to boost your health and well-being this spring?  Join Lauri McKean, LAc to learn a powerful energetic routine that was designed specifically for women.

The Jade Woman form has positive implications for any gynecological issue (including painful periods, PMS, masses and tumors, fertility challenges, as well as menopausal symptoms.)  Additionally, because the form promotes the movement of energy (qi), it is also helpful for headaches, insomnia, many digestive issues, and states of anger, frustration, overwhelm, anxiety, and/or depression which can flare up in the spring.

This online, 6-week course will start on March 18th and continue each Thursday from 6:30-7:45pm. For more detailed information and to register,