Written by MiddlewayMedicine.com on June 24, 2020. Posted in Uncategorized. 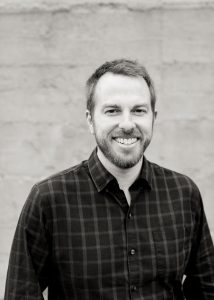 In the past few weeks, I’ve talked to a lot of people with strong opinions on the protests that have followed the killing of George Floyd and other black men and women by police.  As a white guy, I don’t feel like it’s my place to mansplain the police brutality/structural racism/Black Lives Matter situation and how people should be responding.  But I just keep thinking about what it would take to get me emotionally to where many protestors now are.

How angry would I have to be to line up against a line of police in riot gear?  What kind of experiences and suffering would have to happen for me to risk my health, safety, and freedom like many of the protestors are doing?  How much would I have to suffer first?  What would it feel like to feel like there was no other way to have my voice heard?

Anger is probably the most vilified of emotions—and I can see why.  It’s the emotion driving some of the worst crimes and unkindnesses humans inflict upon each other.  People who are angry are likely to lose control and do things that disturb the peace in our households and our communities.  Most of us learn early on that it’s not OK to be angry.

But in my experience, anger is often a cover emotion for significant past wounds underneath.  It’s the Protector aspect of ourselves that’s standing up for the wounded, scared Inner Child.  Maybe a big, scary display of our outrage can prevent us from getting hurt the same way again.  With sadness and fear we feel disempowered and even hopeless.  Anger, in contrast, is a huge rush of energy and a sense of empowerment.

To borrow a term from one of my favorite spiritual teachers, anger arises when we feel like a situation is “unworkable”: we feel like we deserve better than we’ve got and it doesn’t look like there’s any way for us to get it.  And so we think that maybe a big show of aggressive energy will be able to make a shift in a stuck, unworkable situation.

Figuring out if and when and where and how to express anger is a bigger subject than I’m going to try to tackle here, but I think it’s important that we understand that someone who is very angry is usually very hurt underneath.  Moreover, anger can be a powerful tool to motivate us to stand up for ourselves and set good boundaries.  Very often, some of the biggest changes I see in my patients suffering with autoimmune diseases come after they start speaking up to their family members or their employers about the things that are bothering them.

Most of the time we use coping mechanisms to distract ourselves from our anger.  We all know about coping mechanisms like mind-altering substances, comfort eating, TV, playing with our phones too much, but even “healthy” activities like extreme exercise and spiritual practice can be used to distract ourselves from the emotional pain in our minds and bodies.  But that anger is going to keep coming back until we take the time to heal our past wounds and find a way to feel more empowered going forward.

I know personally it can be a big relief to have an angry outburst and get something I’ve been bottling up out in the open.  But I’ve felt even better, more lasting relief when I’ve realized that the angry parts of me are just trying to stand up for the sad, scared, disempowered parts of me. Moreover, it’s made it easier for me to see that same dynamic playing out over and over in our society and have compassion for other people.

The Taste of Honey

Written by MiddlewayMedicine.com on April 28, 2020. Posted in Uncategorized. 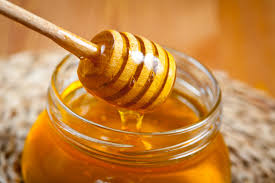 My daughter didn’t get her first taste of sweets until she was almost a year old.  My wife and I knew that once she tasted sweet it would change her relationship to food, so we figured that our daughter couldn’t crave what she didn’t know about.  When the day came, we decided that to start her out with a small spoonful of honey.  She had seen us put a little honey into our tea before, but until this day it didn’t register in her awareness what she was missing. When the spoon touched her mouth, her eyes widened as if she had discovered some great secret:  This is the magic of experience.  Someone can tell you about something; you can read and study about an idea, but you don’t really understand something until you personally experience it.

I’ve heard it said that if someone writes the word “honey” on a piece of paper and you try to eat the word, you will not get to enjoy the sweetness.  This is true of everything that we study with our minds.  We can read the words, we can try to understand them as a concept, but until we find ourselves in the middle of something, we really have no idea what it feels like.  It is like someone who has never been next to the ocean going to the beach for the first time.  Maybe they have read about the ocean, or seen it on television, but nothing can truly teach them the essence of the ocean except direct experience.  They won’t know the ocean until they hear the crash of the waves, smell the distinct blend of salt and seaweed, or get moved around by the waves..  They won’t understand until they feel the sand and salt stick to their skin.

So often we think that we know something because we have studied it, or someone has explained it to us.  But how can we know unless we have been immersed in it ourselves.  One of the greatest gifts of this time of uncertainty is the opportunity to slow down enough to notice things, to experience things.  When we are in “normal” times, most of us are moving so quickly from one thing to another that we give ourselves little opportunity to truly taste the sweetness of our lives.  We don’t give ourselves permission to stop and smell the roses, or to notice the sharpness of the thorns.  As this period of social isolation has dragged on, I have been amazed to notice how often I think that I should be doing more, learning more, accomplishing more.  Though I can write lists and cross things off of them one by one, I am also being encouraged to taste each moment, even the ones that aren’t on a list. Having more time and space offers us greater opportunity to learn to be more present in each moment.  I still have my list of things to do, but without the same urgency in my schedule, I get to notice how often my agenda is simply serving as a distraction.  I get uncomfortable if I slow down enough to hear the chatter in my mind.  I am constantly looking for a way out of the suffering that is born from trying to always be in control of my life.  If I am on mission to check things off my list, I often miss the swirl in the clouds or the hummingbird that says hello through my window.  The only way to truly and authentically “taste” something is to be with it in the moment completely.  It requires that we give the moment our full attention.

Before the pandemic we all had so many reasons why we had to hurry off to be somewhere else that we didn’t notice the mysterious magic of being right where we are.  Though many of use are still very busy worrying about what is next, caring for our families,  or trying to stay afloat financially, in many ways we can find more time to be curious about what is right with us here in the moment.  Never in my life have I been forced in this way to sit in each moment.  There is nowhere else to go, less to get done.  So I can sit and watch with all of my awareness how life is unfolding in the here and now.  This is same place that life is always unfolding, the only place that life is truly alive.  The future that we are usually positioning for, or the past that we are often trying to untangle or integrate are both just concepts in our mind.  They are not alive like the present moment.  You can remember something from yesterday, or imagine it in a tomorrow, but it isn’t that wide eyed discovery of a secret that can only happen in this very moment.

Like my daughter who didn’t notice the honey that we were putting in our tea until she tasted it herself, we are being encouraged to taste the honey ourselves and to understand its sweetness.  We are being beckoned to put down the word scribbled on a piece of paper and enjoy the spoonful of golden sweetness that is this moment.

Safety at Middleway during the Pandemic

Written by MiddlewayMedicine.com on April 28, 2020. Posted in Uncategorized. 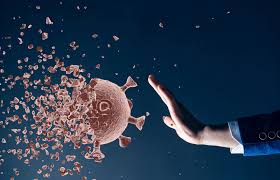 The State of Oregon, including the Oregon Medical Board, and Middleway Medicine have decided that it is appropriate to offer acupuncture and our other usual services in our clinic as long as extra safety precautions are taken.  In addition to our usual sanitation measures, precautions we are taking include:

Don’t come if you have cold symptoms