Written by MiddlewayMedicine.com on September 22, 2015. Posted in Immune Health and Balance, Stress and Fatigue. 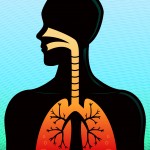 The cough that won’t go away

Winter can be tough.  After the lights of the holidays are put away and the family and friends all leave, we are often left with a few extra pounds, a few less dollars and some kind of cold.  The real new years hangover often isn’t due to too much alcohol, rather to that feeling of exhaustion that typically comes after the holiday marathon.  This is one of the most common times of the year when people develop the cough that won’t go away.  Coughing is annoying.  It can ruin a nights sleep, interrupt conversation, and make your entire body sore.   A cough can linger long after the other symptoms of a virus or bacterial infection.  In our clinical experience it is one of the aspects of a cold that doesn’t seem to go away easily.

Coughs can be caused by many different sources, such as viruses, bacteria, allergies or asthma.  They typically occur after a virus enters your upper respiratory system through your nose or mouth, and makes it down into your lungs.  Here a virus or bacteria can cause inflammation in the lungs (bronchitis) or a lung infection (pneumonia).  People typically become sick due to a viral infection that can weaken their immune system and make them more susceptible to a bacterial infection.

Viruses are treated by supporting the immune system with rest, fluids, vitamins, herbs and patience.  Bacteria can be treated with these same things, but if a bacterial infection gets too severe antibiotics may also be used.  Sometimes even after a virus or bacteria is no longer present, a person may still be stuck with a nagging cough.

Traditional Chinese medicine (TCM) is one of the most effective ways to deal with this type of cough. TCM treats this sort of cough with a combination of acupuncture, herbs and diet that help the body reset after a cold.  TCM considers a lingering cough as a result of your body being too tired to “clean up” and to restore proper function after an illness. It classifies the cough as one of two types:  wet or dry.

A dry cough is a one that produces little to no mucous.  It is the result of damage to the lungs “yin” and “qi” caused by the infection, or due to excessive coughing.  Yin is the aspect of the body that cools, moistens and calms, while qi is the body’s energy.  Without sufficient yin, you feel dry.  Without enough lung qi, you can feel tired and having breathing trouble, including a cough.  TCM addresses a dry cough by using yin building, moistening foods, including pears or apples, and a variety of herbs to build up the deficient yin and qi.  A wet cough is one which produces a seemingly unending amount of thin, watery mucous. The primary focus is on the treating the digestion, or the earth element.  TCM says that phlegm and mucous is produced in the digestive system, and then is stored in the lungs.  So even though the lungs appear the problem area, we primarily focus on supporting the digestive system.  One of the best ways to do this is with the proper dietary choices.  Dairy products, cold/frozen foods, raw foods and sweets should be avoided, as they create more mucous in the body.  The most supportive diet for a lingering cough focuses on warm and nourishing foods, such as soups and stews, and warm spices, such as ginger.  Acupuncture and herbs can also be remarkably helpful for addressing this sort of cough.

Regardless of the type of cough that you may have, sometimes “waiting it out” isn’t the best solution.  Coughs often can be overcome by the proper treatment approach and a little diligence.